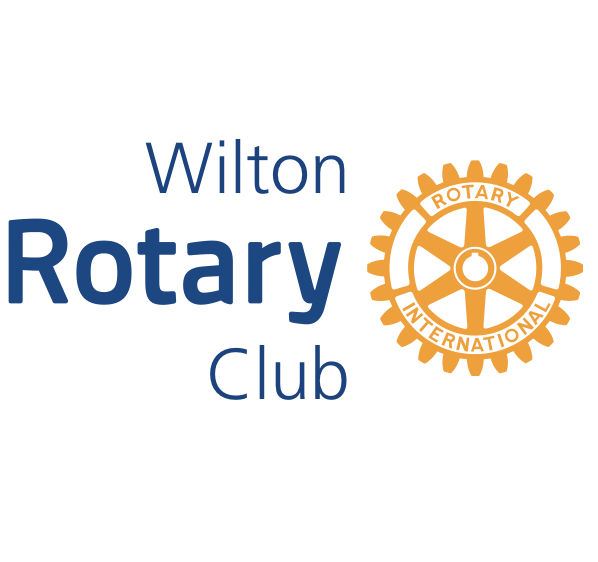 The Wilton Rotary Club was chartered on May 15, 2002. The 11+ members of the Club consist of men and women with a wide variety of backgrounds. Several members own their own businesses including a restaurant, forestry, general contracting, home care and photography, while others work for larger companies in financial services, insurance, and advertising sales. We have individuals who work for the YMCA, in school administration, as well as physicians, a CPA, and a veterinarian. Members live or work in Wilton or in surrounding communities. Business networking is a part of Rotary, but is not the reason why people stay in Rotary. They are brought together by a common desire to serve and enhance not only the community in which they live, but the world as well. The Wilton Rotary Club does this by holding fundraisers throughout the year. Proceeds of these events are then donated to various charities and organizations, both local and international

Our 11+ club members have an average age of 37, and many Rotarian’s have young families. This has directed us to focus on family friendly club activities and community grants. We continue to be stewards of Camp Saratoga, having marked a nature trail there during Rotary International’s Centennial Year. With thanks to Bob Rice and Don Wildermuth, we hold an annual weekend golf tournament at Airway Meadows, with great results. Proceeds from that tournament will “lead the way” to community and international grants that fulfill our mission of service above self. We welcome those interested in joining Rotary to experience the great feeling one gets when you know you’ve made a difference. Everything we do in Rotary, no matter how small, makes a difference in someone’s life.

Attendance:
At the heart of Rotary is the active participation of its members in club, community and international events. Rotarian’s gather on a weekly basis for fellowship, and in doing so, blend their knowledge, talents and expertise to benefit the club, and to carry out club goals in the community. These meetings are fun, and generally feature a guest speaker from a local organization of interest who explains that organization’s role in the community.

Proposed New Member (PNM) is invited to attend one or more meetings as the guest of the sponsor or Club.

Membership Chair and committee review for acceptability and eligibility and give application with check to President and Secretary with recommendation. Eligible PNM will be inducted at the next business meeting.

Currently, due to the pandemic, we are holding Zoom Meetings.

Wilton Rotary meets the 1st and 3rd Tuesday of the month at 7:30AM-8:30AM at the Murray-Aiken Dining Hall at Skidmore College 815 North Broadway, Saratoga Springs, NY 12866.